The U.S. Bankruptcy Court is a branch within the federal court system.  See here for yourself.  Federal courts typically have one court per state.  Some, though, like California, have more.  California is divided into four federal court districts.  The region encompassing Sacramento and its vicinity is the Eastern District of California.  Here is a link to the bankruptcy court in Sacramento.  Its official name is the United States Bankruptcy Court, Eastern District of California.  Debt elimination through bankruptcy is the reason for this court system.

Consumers considering bankruptcy do so due to debt they cannot afford to repay.  Debt elimination trough bankruptcy provides the necessary relief some consumers need.  Bankruptcy does not allow the elimination of all debts.  Some debt, like federally guaranteed student loans, past-due sales tax and damages done due to crimes cannot be discharged.  This means that even if you file for bankruptcy you cannot eliminate these debts.

Though debt elimination through bankruptcy is why many people file for bankruptcy, the entire elimination of debt is not always possible.  In addition to certain debts that can’t be discharged, there are income limitations.  The less you make, the less debt you may have to repay.  The more you make, the more you may have to repay.  Most people filing Chapter 7 bankrupt 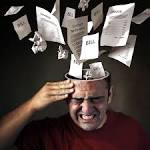 Whatever form of bankruptcy filing you choose, know that debt elimination through bankruptcy is the reason you are filing.  Consumer debt is on the rise as this Consumer Reports article points out. And if you can’t afford to repay your debt, bankruptcy is the only option to eliminate it.